A Month of Shooting and Developing Large Format Film Portraits 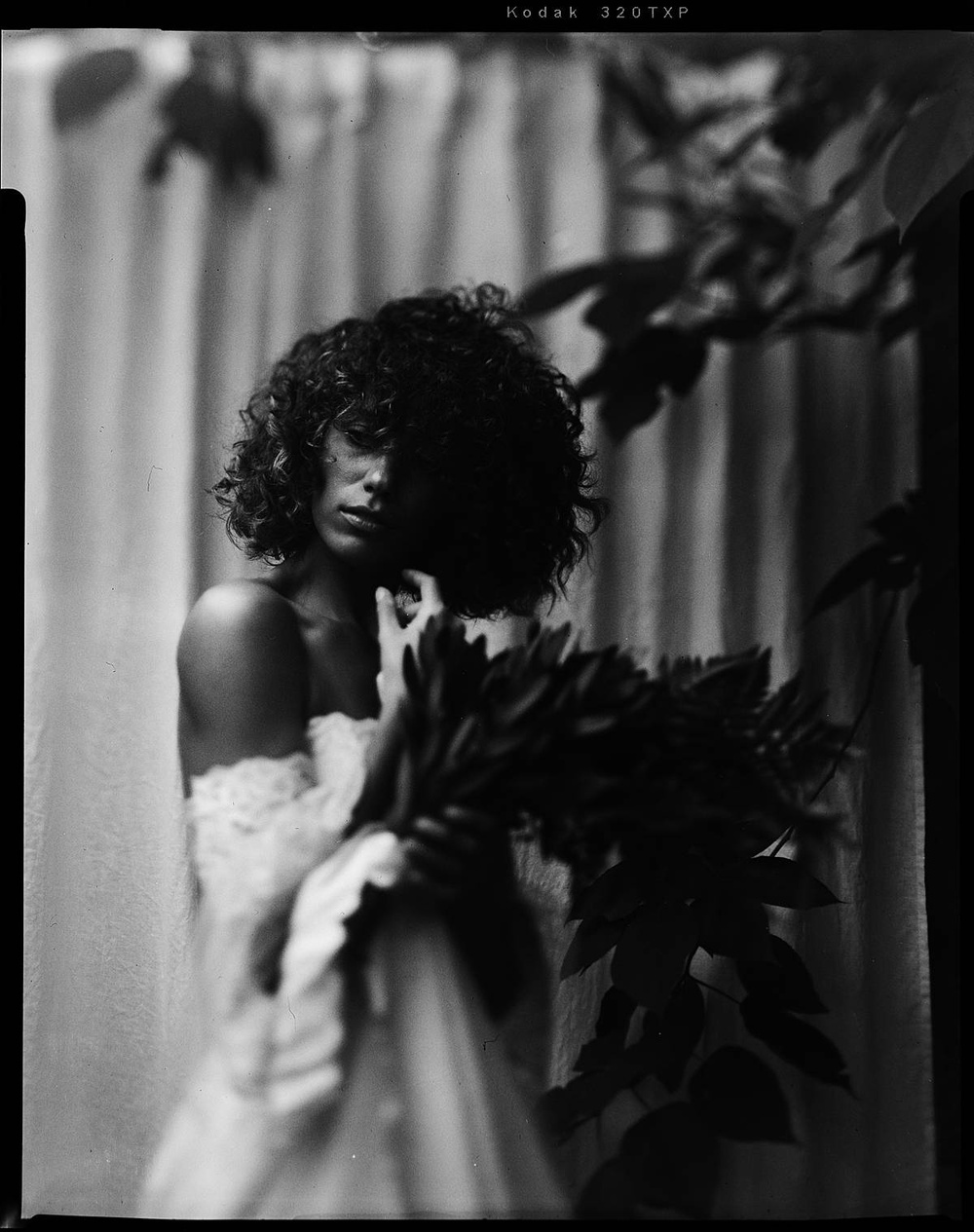 A Month of Shooting and Developing Large Format Film Portraits

Shooting Large Format Film for a Month - A Review

I set up a outdoor portrait studio in the backyard of my Charleston SC home, using a savage muslin backdrop and the surrounding foliage. Simultaneously, I just started developing and scanning my own film as a way for me to shoot large format film in a more cost affective fashion. Each time I set up a portrait shoot in my backyard photography studio, I shot 6 sheets of large format 4x5 black and white film - enough to fill my developing tank. Large format film is a love hate for me. If I'm being honest, I don't really enjoy the process of it for portraiture. It's just a bit too slow and I find that myself and the subject can easily check out of the moment. I typically try to focus on the model's expression and posing right before pressing the shutter, but with large format film there are so many other things you need to concentrate on in those moments before relasing the shutter button - especially if you are shooting at shallow apertures. The images below are everything I shot on large format film for the month. As much as the process bothered me at times, the results make it all worth it. You just can't replicate the effects, the presence, and the imperfections of shooting large format film.

If you want to read about my very first experiences shooting large format film, please check out my earlier blog post. 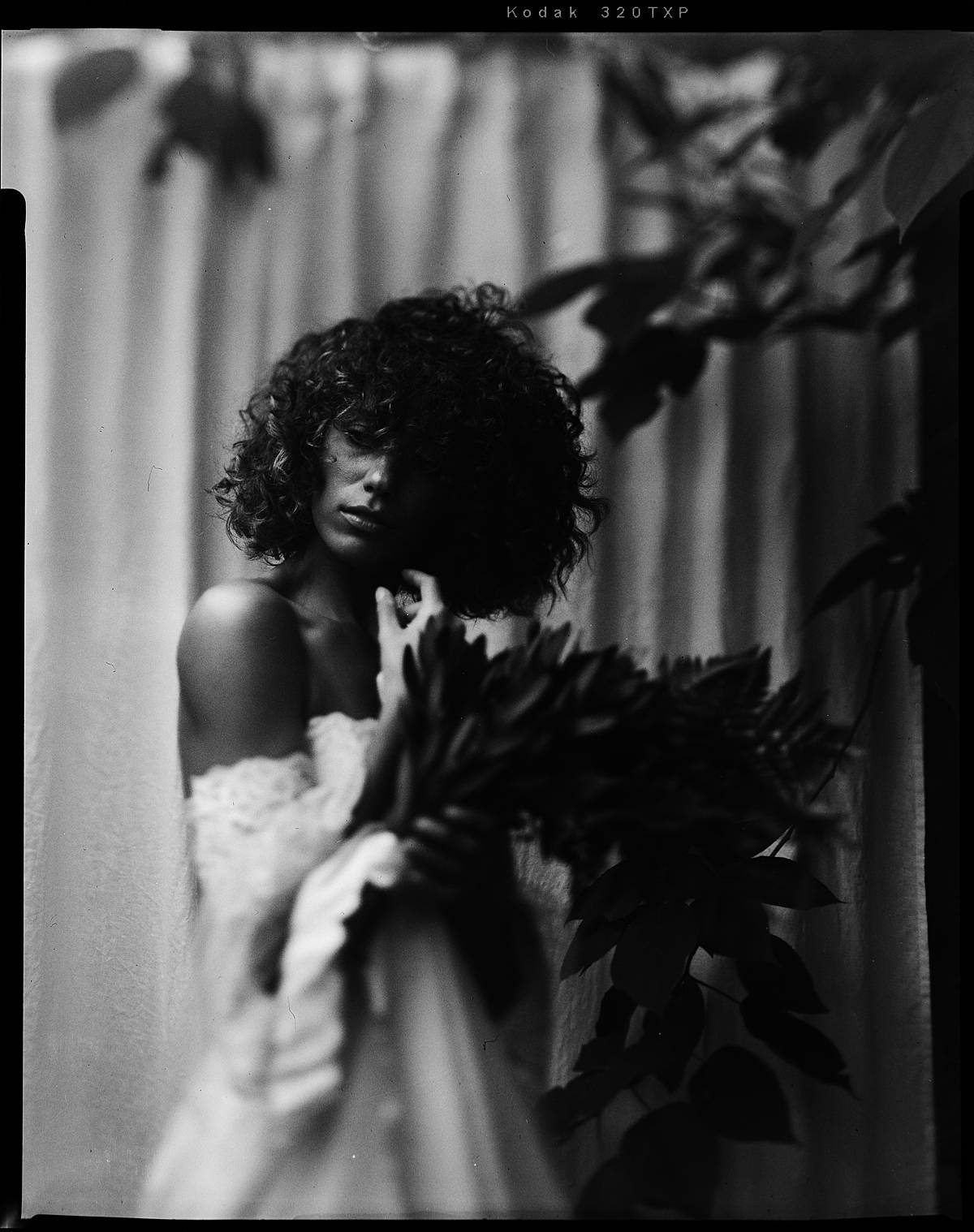 The above image was probably my favorite from the entire month. There is so much mystery and mood to the image. Film images always have a presence and a inexplicable quality to them, but this image has an added layer with the tilt-shift and imperfections from self developing and scanning. 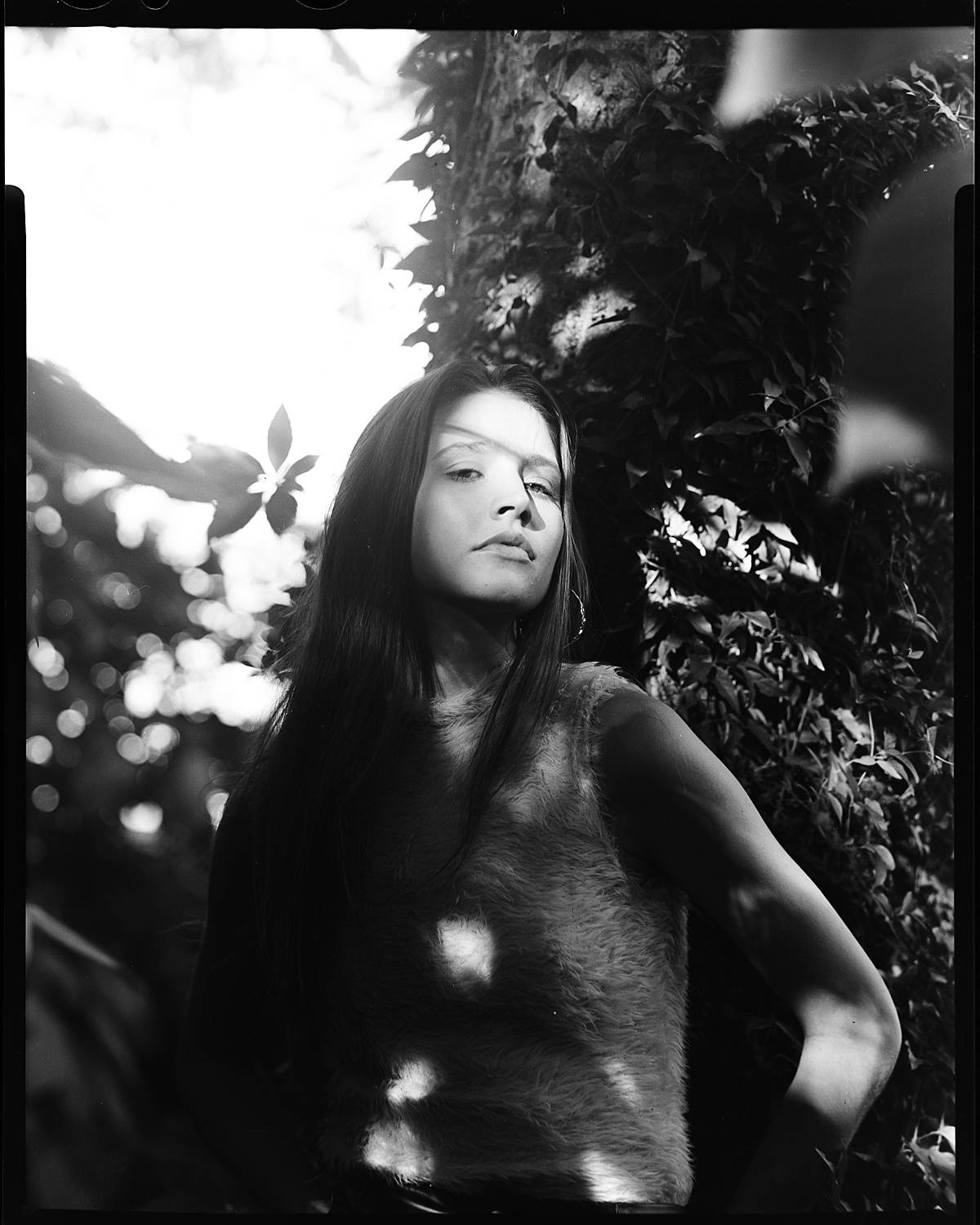 What do I like about Large Format Film For Portraits

My favorite thing about large format film for portraiture, and the main reason that I keep coming back to it amidst all the pain points, is the ability to apply tilt-shift affects. I use a bit of tilt shift in most of my large format portraiture to produce surreal blur and focus that draws the viewers eyes into the image and creates a dreamy / ethereal effect. This extreme blur also seems to be complemented quite well by the imperfection of the home development and scanning process. 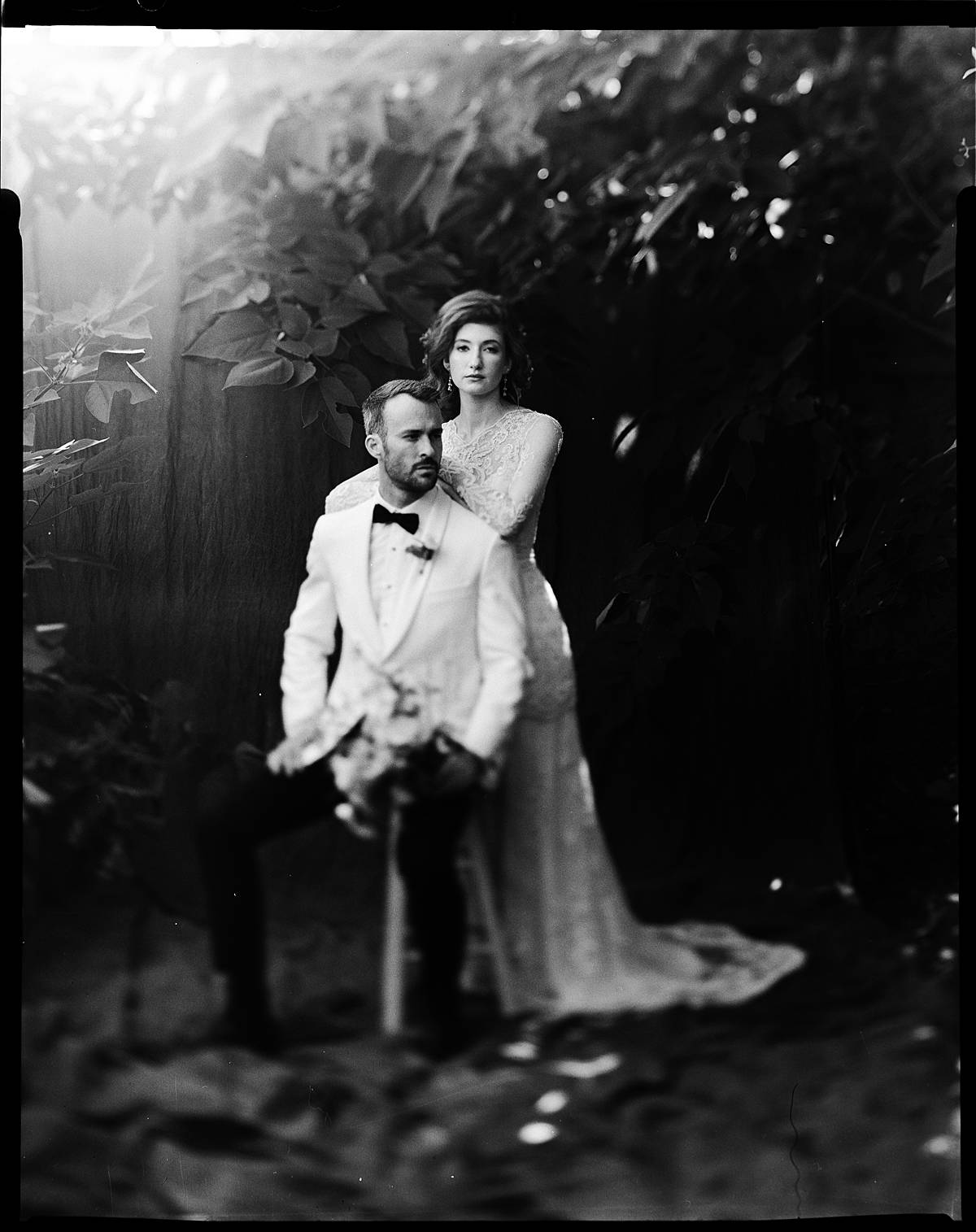 The other main reason I shoot large format film is the presence of it. There is this unexplainable quality to large format film that leaves it feeling like you're staring at something other than a photograph. You feel present in the image. Film sort of has that quality, in general, but large format film takes this feeling to a new level. Large format film is known for its surreal, shallow depth of field and razor thin and flat focal planes, but I think the effect comes largely from it's beautiful tonal range. Blacks are deep, but the shadows and midtones seem to so graciously roll into one another like water. 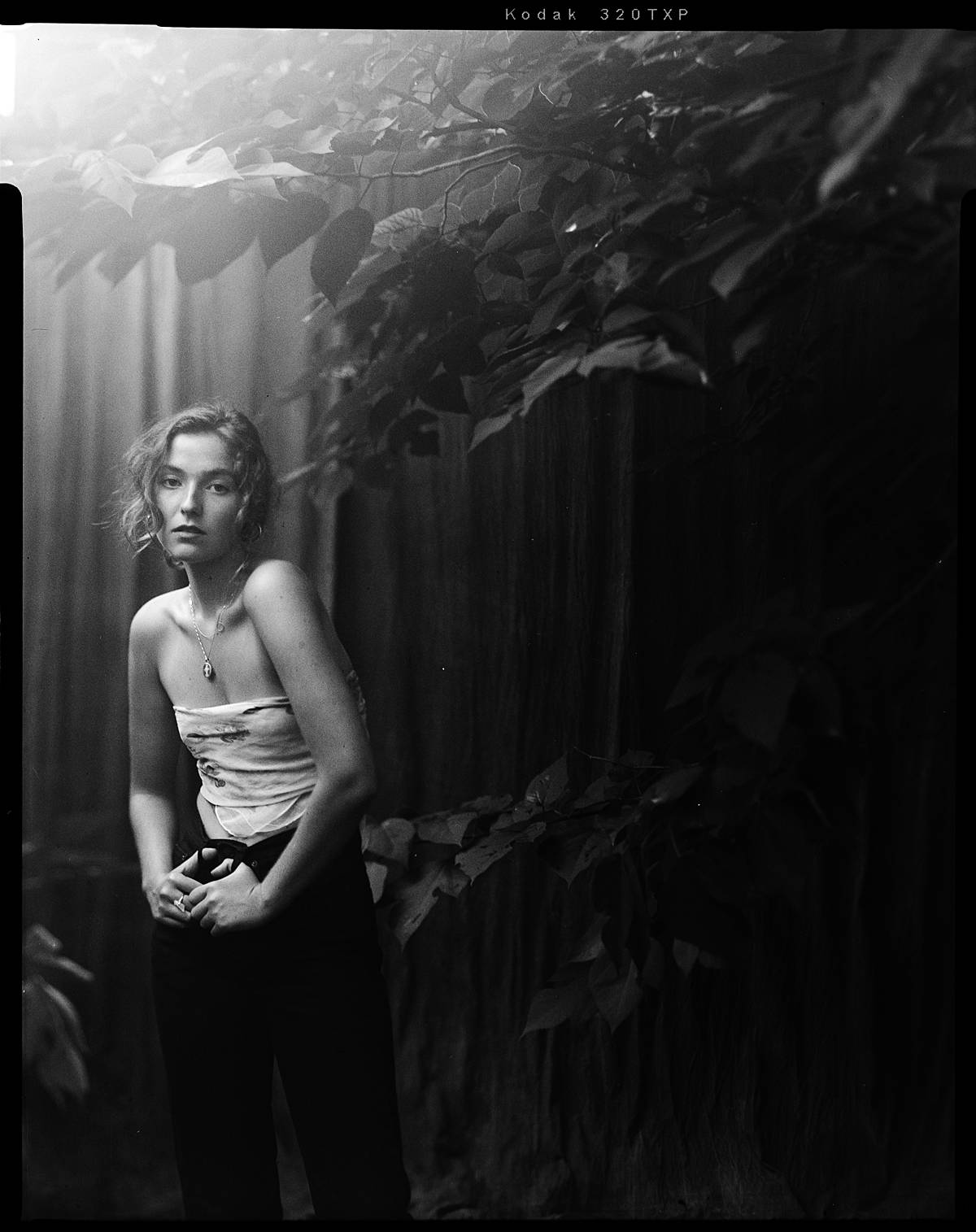 What Don't I like about Shooting Large Format Film

I touched on it above, but the main reason I dislike 4x5 film is the process of it all. I know some photographers revel in this and feel connected to this, but I just haven't found that to be my case for portraiture. Film already does that for me, in general, but large format seems to just take it a step too far. Between locking the movements down, making sure the model doesn't move at all while still holding a natural facial expression, loading the film back, closing the aperture, removing the dark slide, triggering the shutter and reinserting the dark slide, there is just a lot of room for error and a lot of opportunities for the portrait subject to change expression or get uncomfortable. There are also a lot of ways to screw up....and when the medium is this expensive, those screw ups hurt. I managed 2 blank images during this month because I didn't do a great job of keeping track of my spent and fresh film backs. I think some of my problems could be solved with a bit of additional equipment and more dilligence. If I had a sturdier tripod, locking down the movements wouldn't be so tedious and focus would be more consistent. If I had a proper dark cloth, instead of fiddling with my twice folded black curtain, it might not be so difficult to focus and I might not get so frustrated. I have a system for keeping track of my film backs and which are loaded fresh, exposed, and empty, but sometimes during loading in the dark bag I will forget to place the darkslides to the proper side. Also, it is worth mentioning that it all gets better with time and practice. 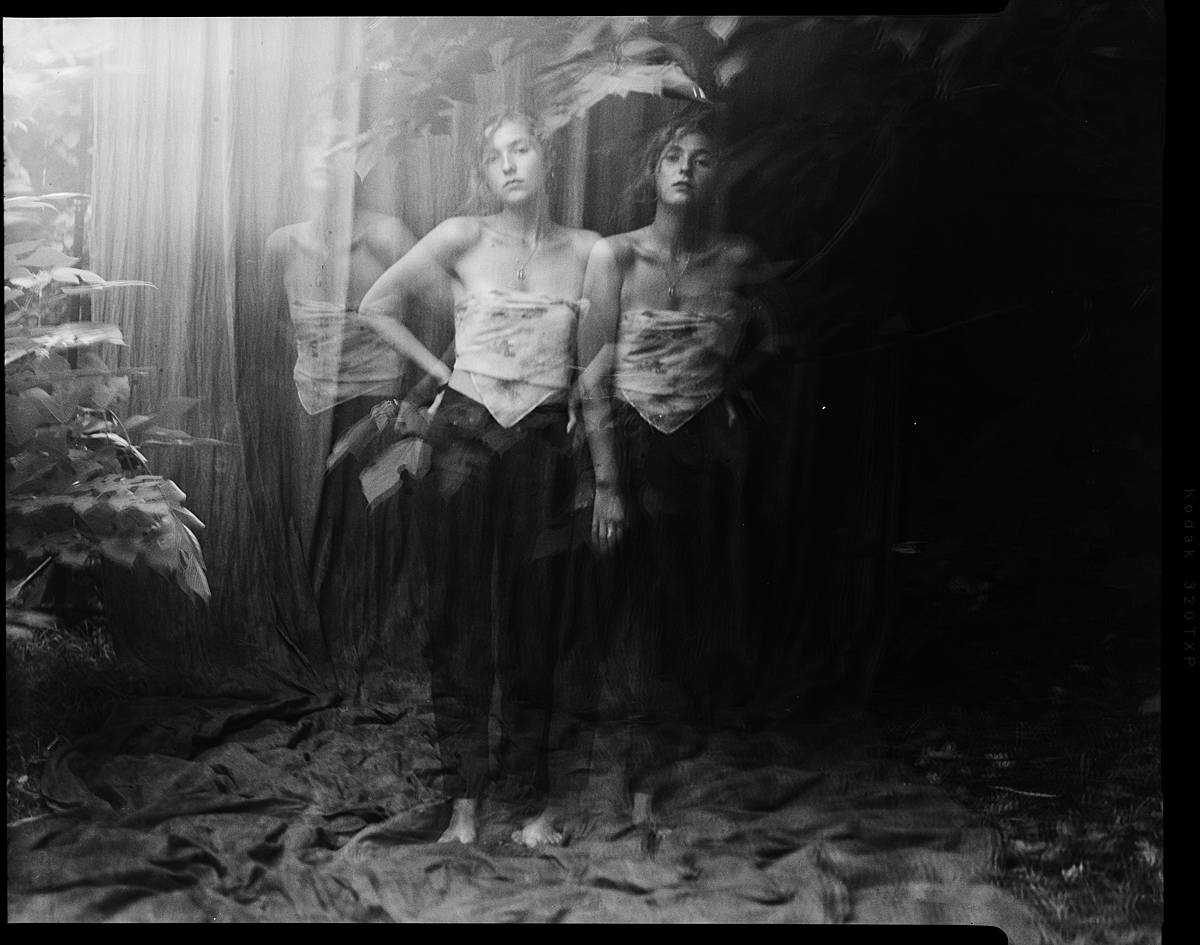 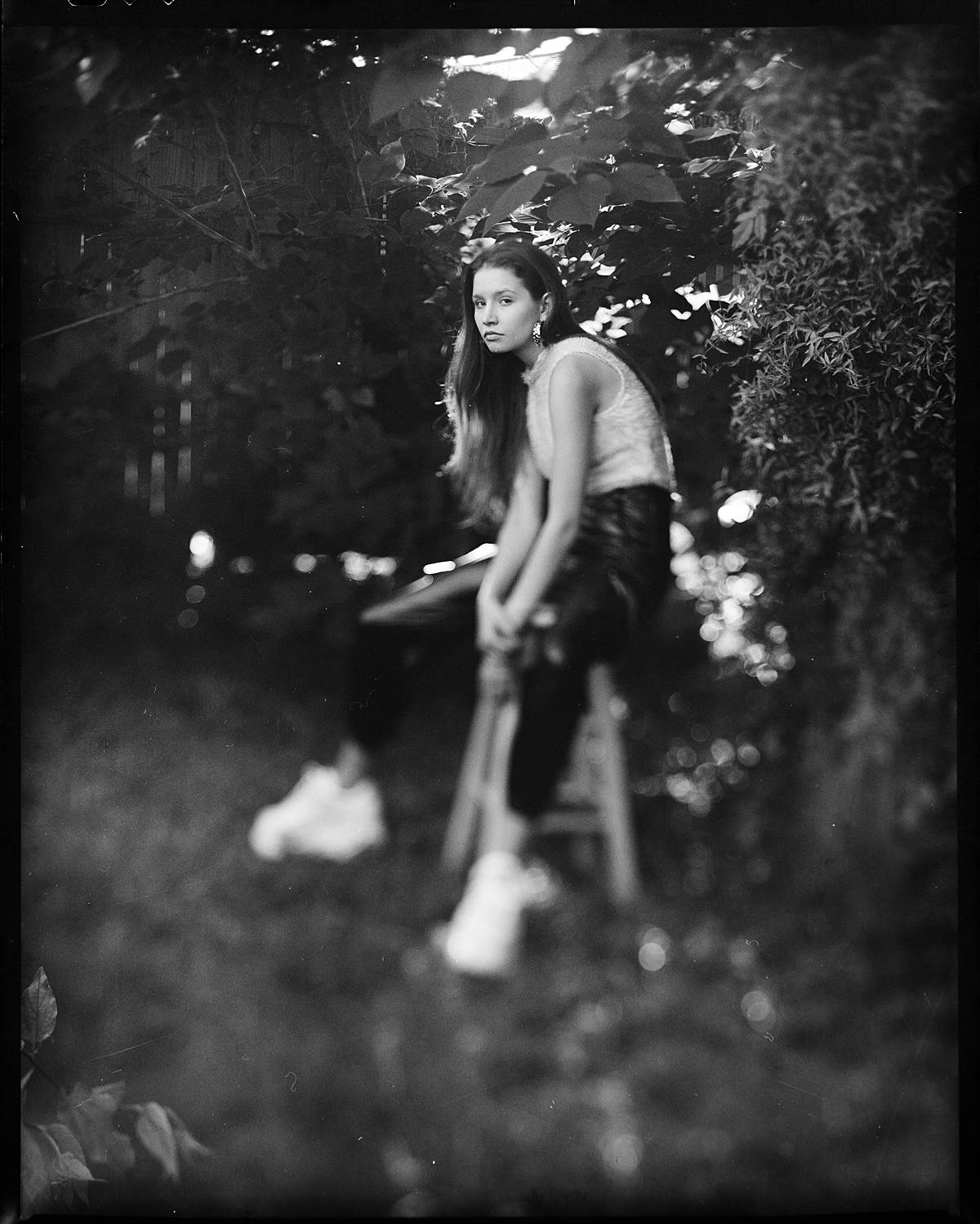 My Overall Thoughts on Shooting Large Format Film - Will I Continue?

Yes, absolutely I plan to continue shooting large format film. Every single time I have shot 4x5 film, I've been a little miffed while shooting and swore I would reconsider doing it again, but then I'd develop the film and immediately load up some film in my dark bag. It's a really fun thing to experiment with and I think there is a lot to be said about continuing to push yourself into new mediums and let the mediums influence your style a bit. I think that is one of the beautiful things about film. I find its constraints to be a beautiful and beneficiary thing. Knowing you only have black and white film, or six shots, causes you to change your approach and focus on different things that you might not have in a more universally flexible medium.

I think it is also worth noting that a lot of my pain points with the medium came from me feeling pressure while shooting. I shot medium format film and 35mm film during all of these shoots, so there was always a bit of a time crunch to get the 4x5 shot and then move on. The 4x5 felt more like an experiment than an integral part of the shoot. I think if I did a portrait shoot where I only shot, say, 10 frames of large format film I would be a lot more comfortable with the medium and feel a lot less stressed to move quickly. 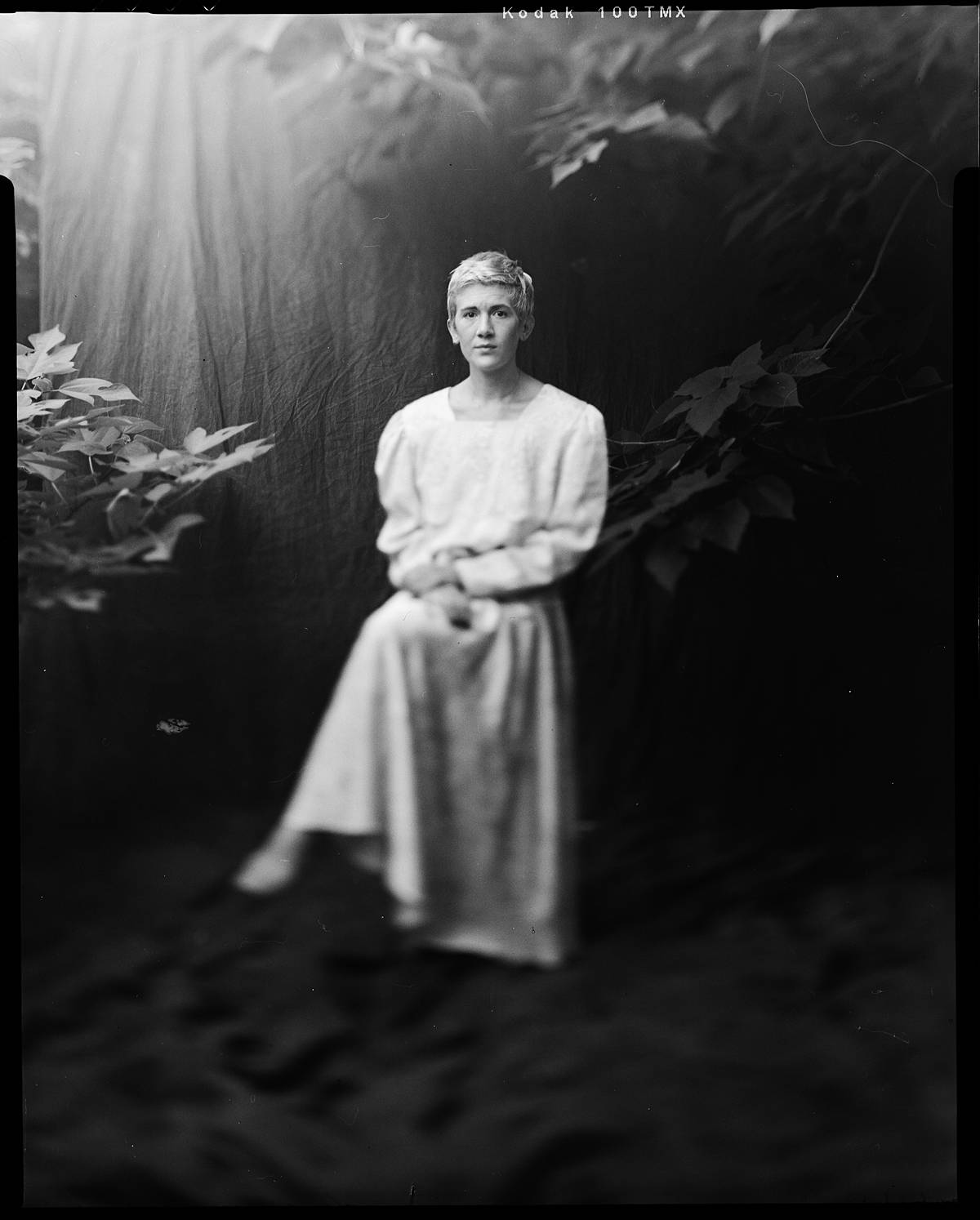 For all of the images in this set, I shot my Intrepid 4x5 mkiii camera. I love that camera. Yes, it is a bit flimsier than most and some of the controls can feel a bit stubborn and lacking of fine adjustment, but its light and it is cheap. Without it, I never would have even attempted large format film. It was basically just a curiosity for me and the cost approachability of the intrepid system really allowed me to find the medium. I shoot with a Schneider 210mm F5.6 Symmar-S convertible lens and a mismatch collection of film backs that I got off ebay. You will also need a trigger release for the lens shutter, a mounting board for the lens, a dark hood to block light while focus on the ground glass, and a steady tripod. For film stocks, I shot Kodak Tri-X 320 (which turned out to be my favorite), T-Max 100 (second favorite), and Ilford HP5. For whatever reason the larger identifying tabs on the Ilford HP5 make it harder to load into my holder for film developing.

For developing, I use the Film Photography Project 4x5 holder. I was recommended it by another photographer and it has been an absolute gem to use. It's easy to load and keeps the film well separated. I can develop 6 sheets at a time in my Patterson System 4 tank (can't remember the model but it holds 2 medium format reals or 3 35mm reels). All images were developed in Kodak Hc-110, Ilford Ilfostop, Ilford Rapid Fixer and Kodak Photoflo.

If you are inspired by what you read, I'd love to invite you to reach out about the photography services I offer. My guarantee is that you won't find a photographer that cares more about you and your story than I. I'm endlessly passionate about telling stories on film and pushing the boundaries of art in editorial, lifestyle and portrait photography. I operate a photography studio in Charleston SC and Traverse City Michigan. I'd be thrilled to work for you and document your story, wedding or business in Charleston South Carolina, Northern Michigan, or any destination abroad. LGBTQ supporter and firm believer in the cause for all races to fight for equal rights. 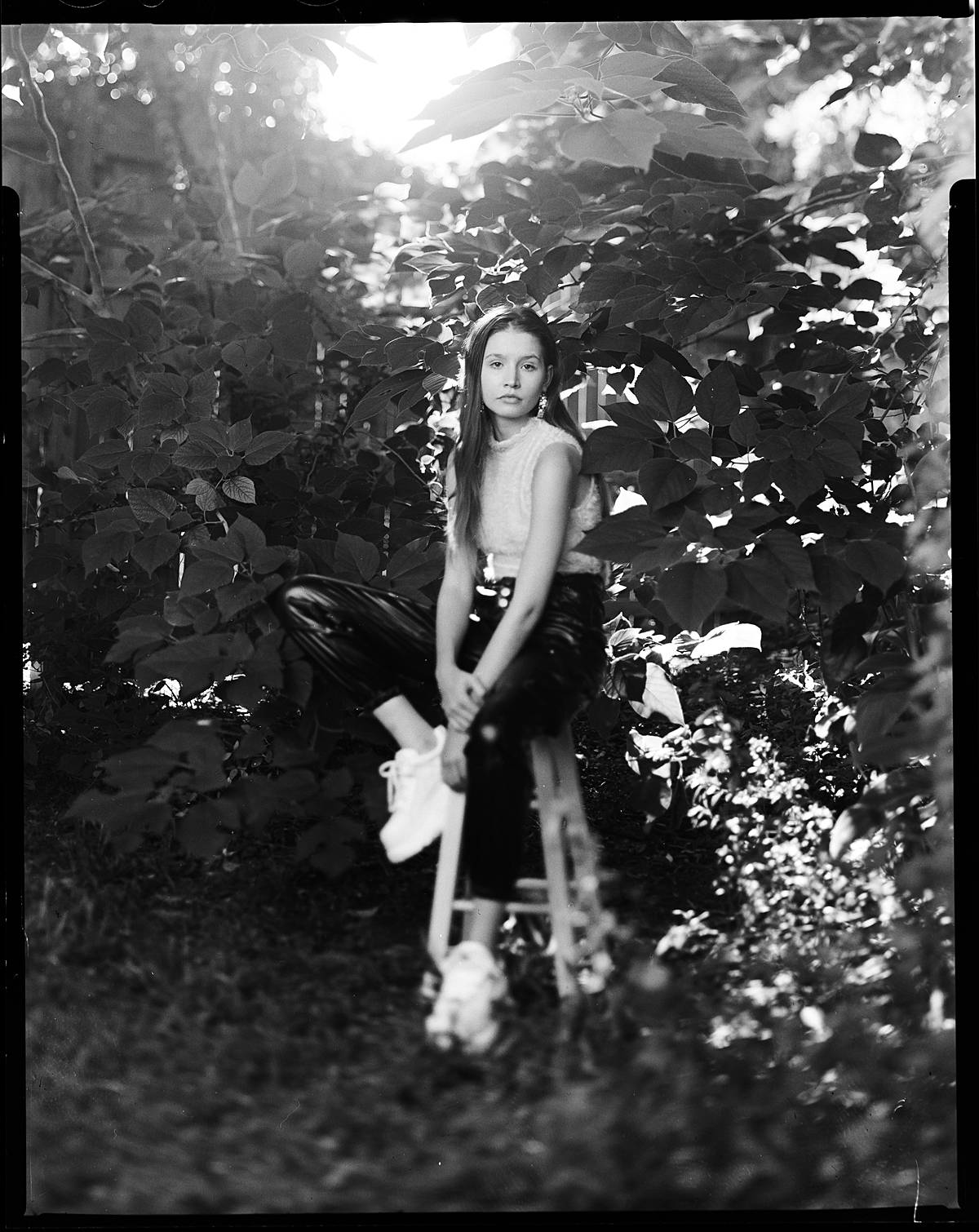 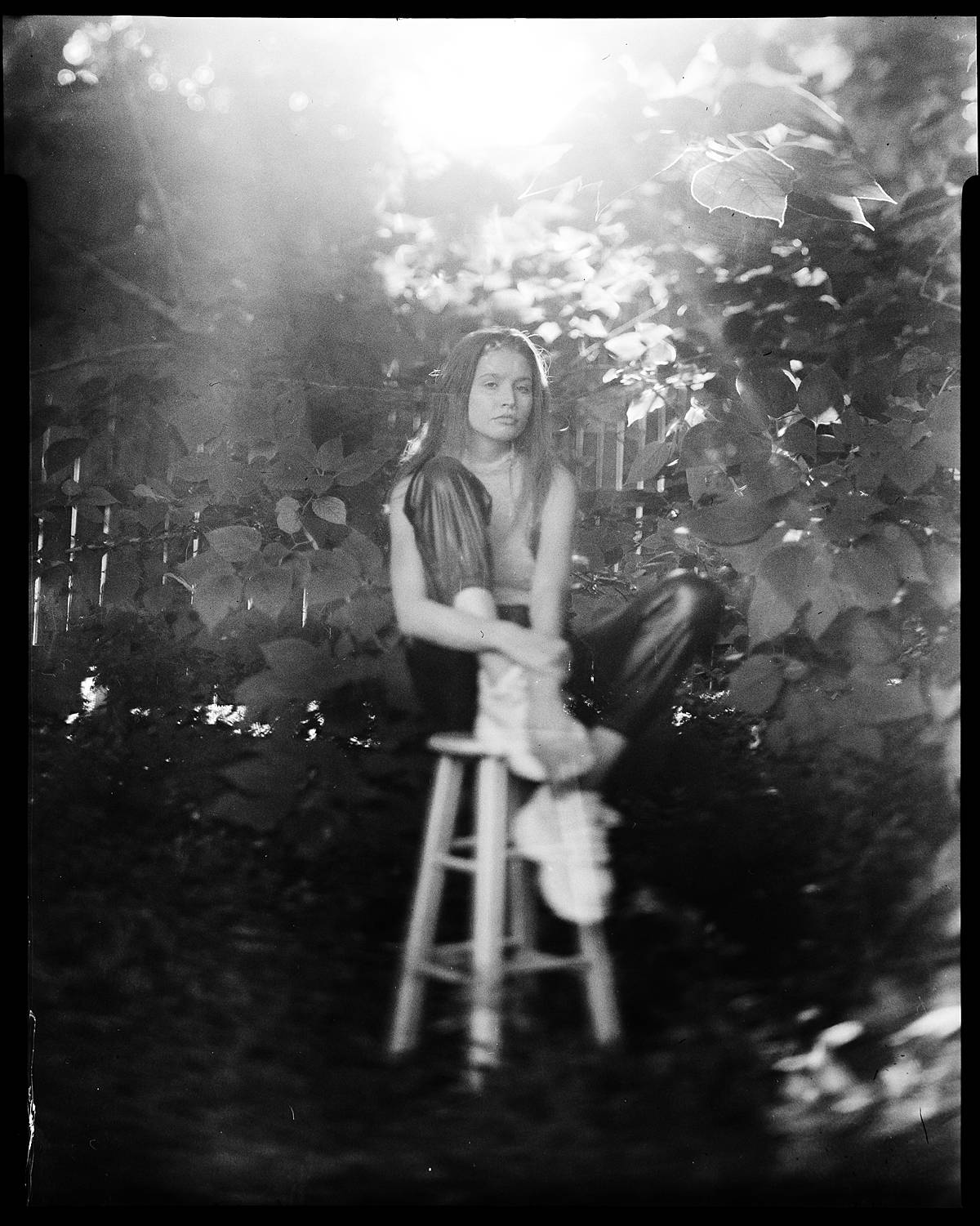 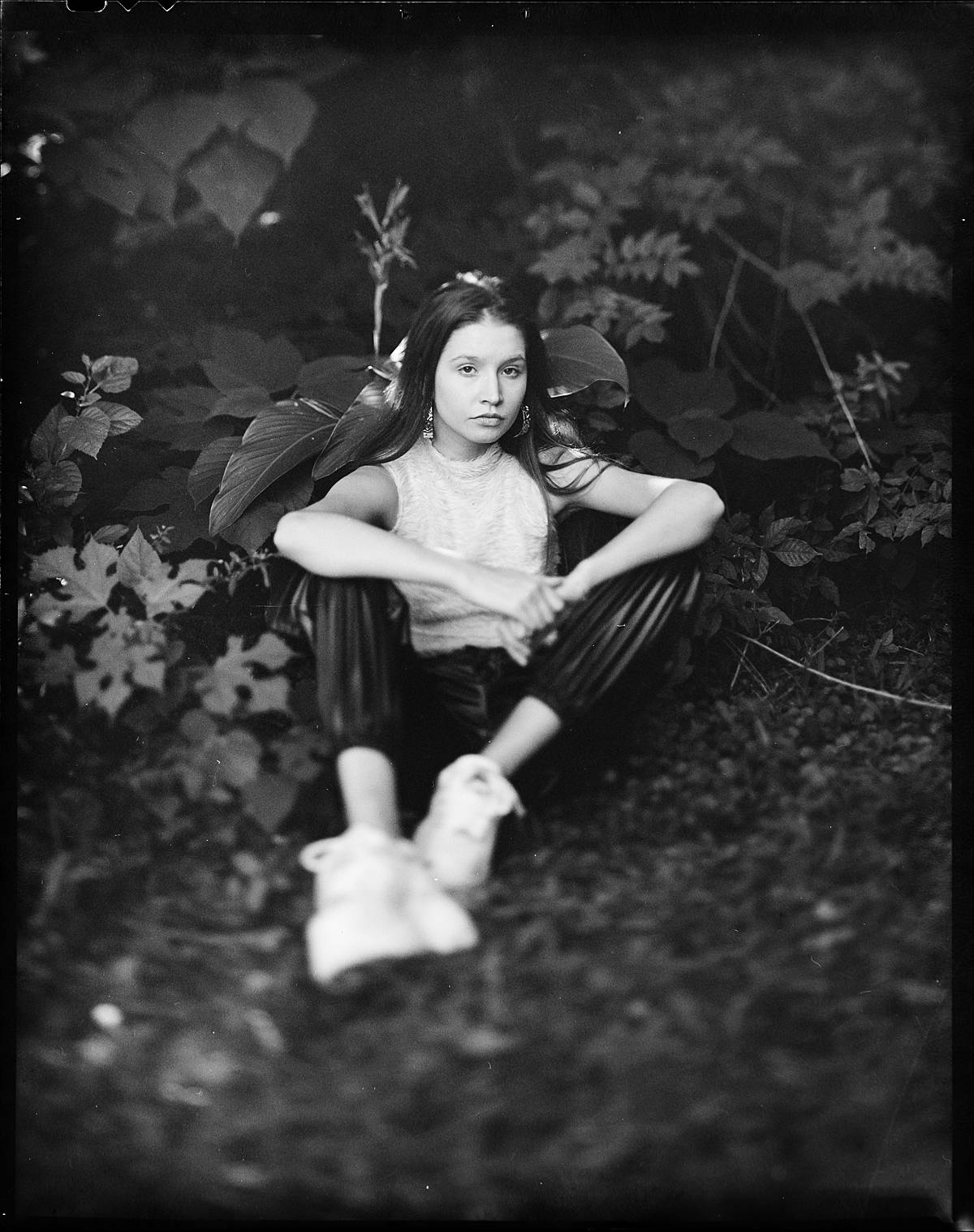 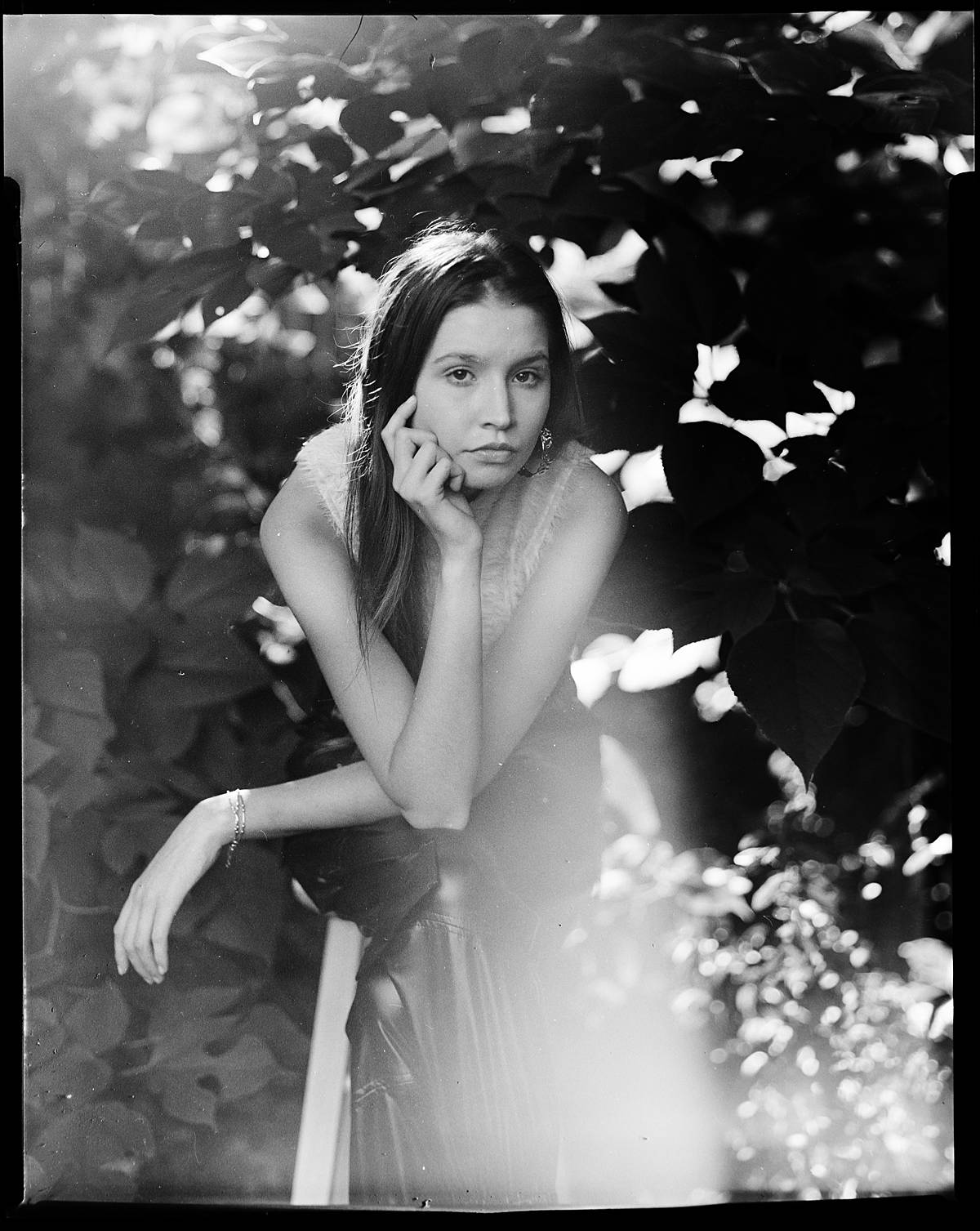 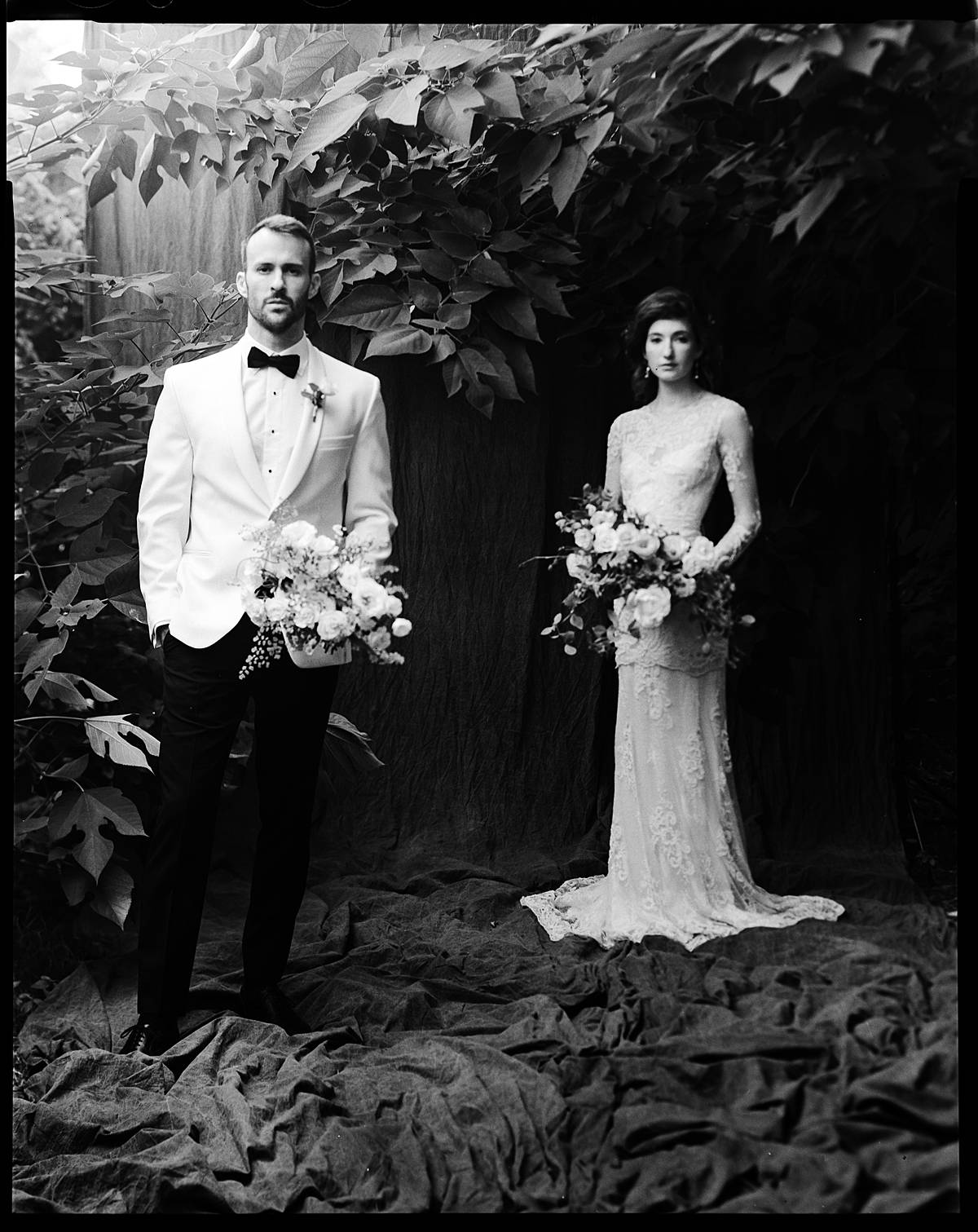 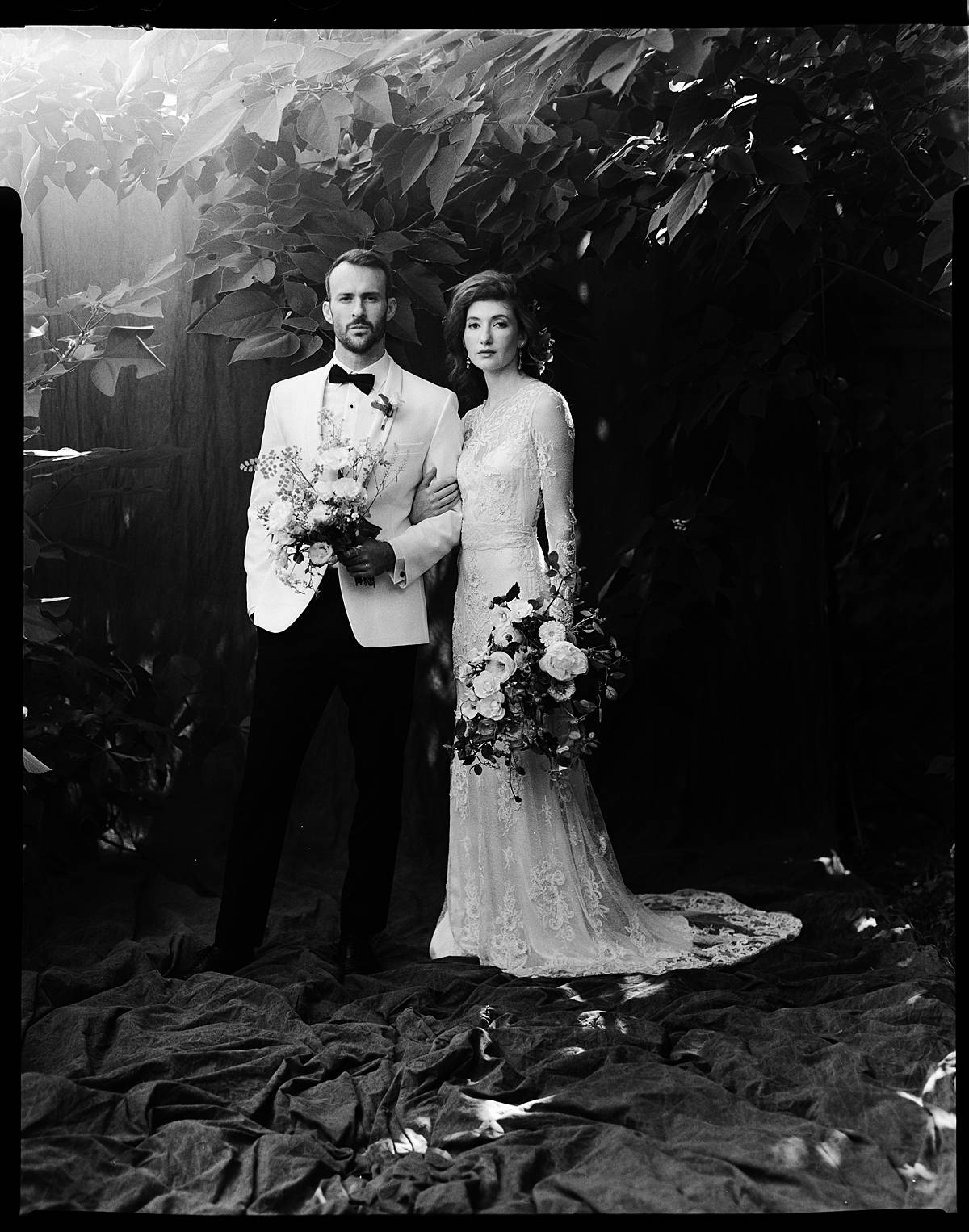 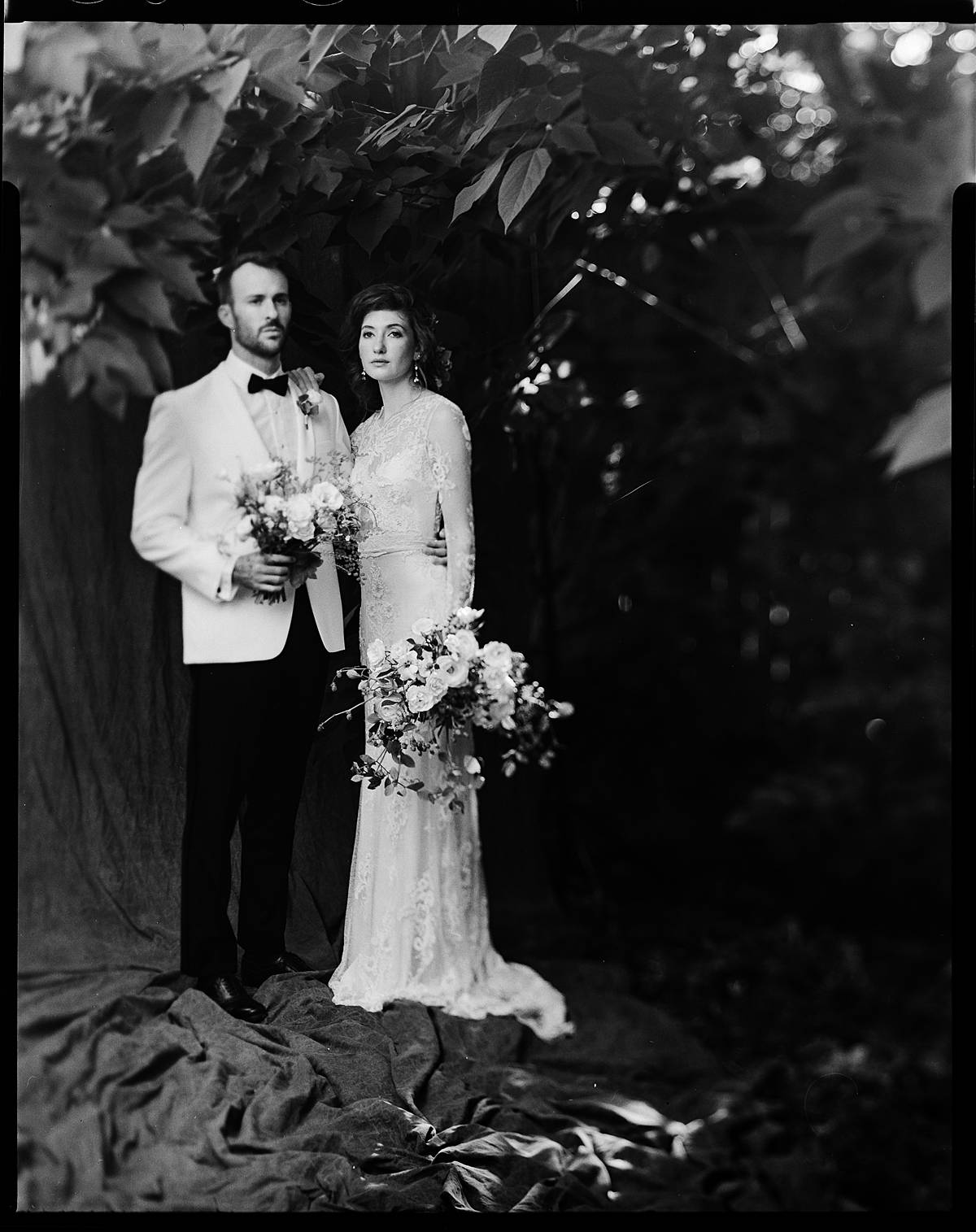 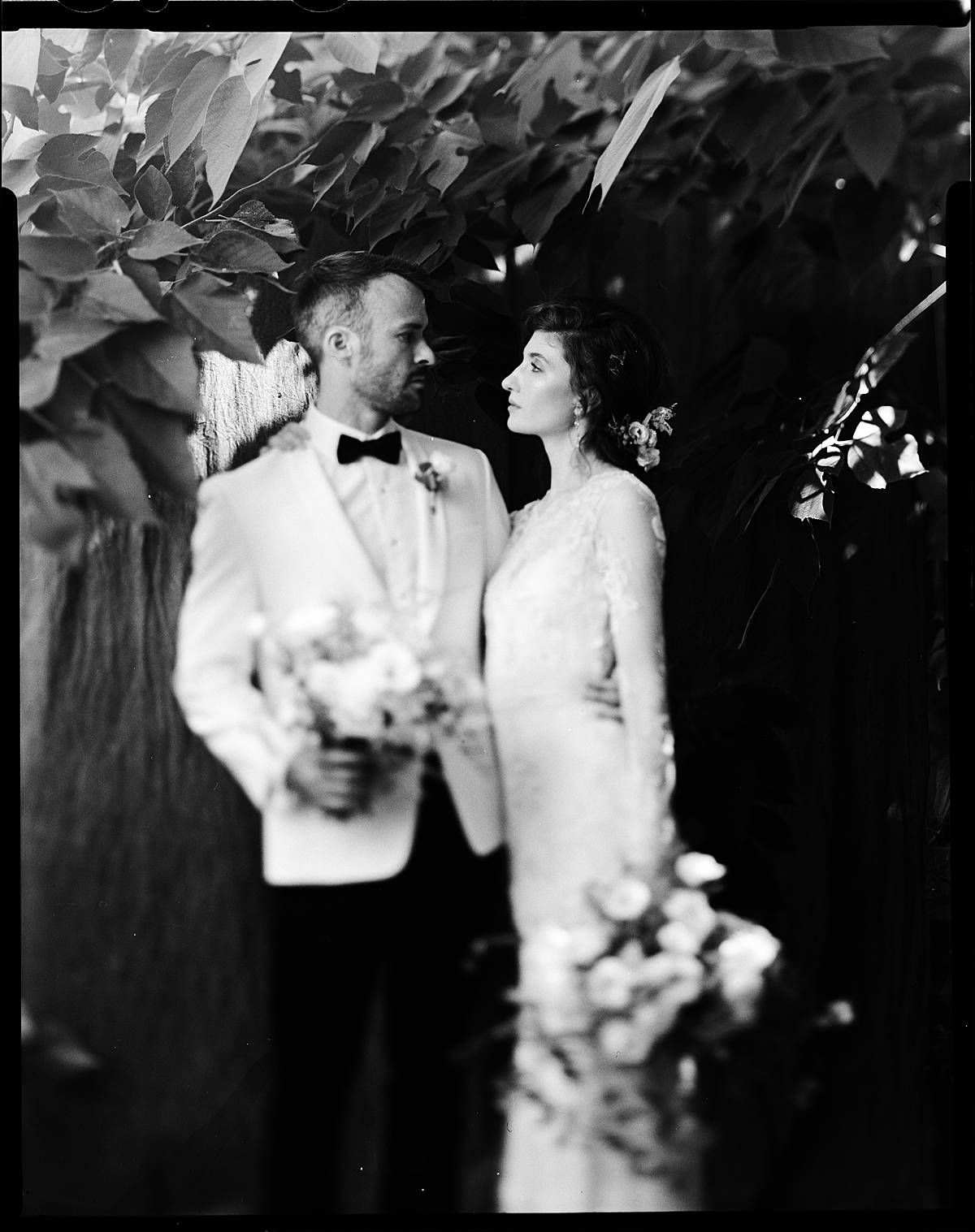 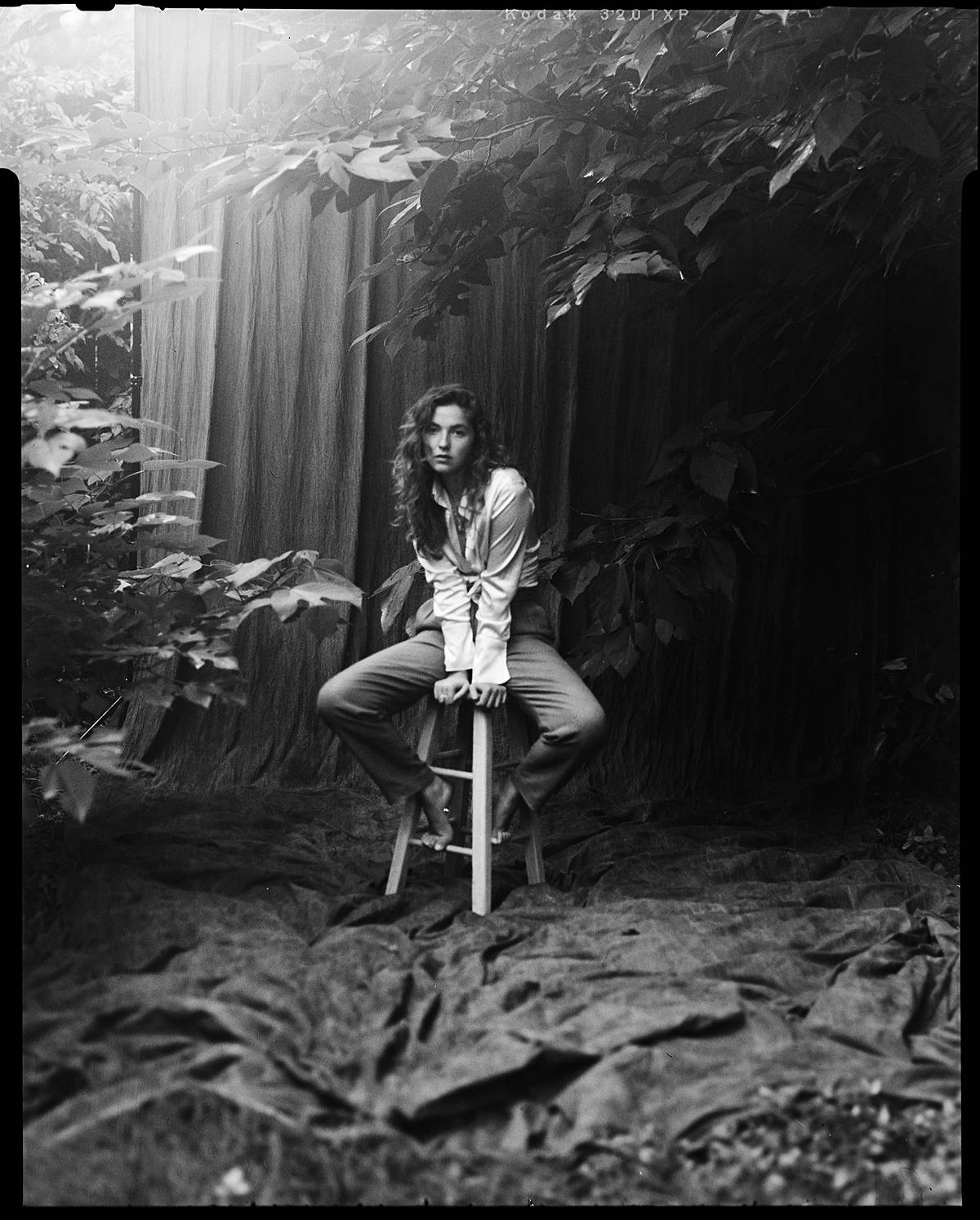 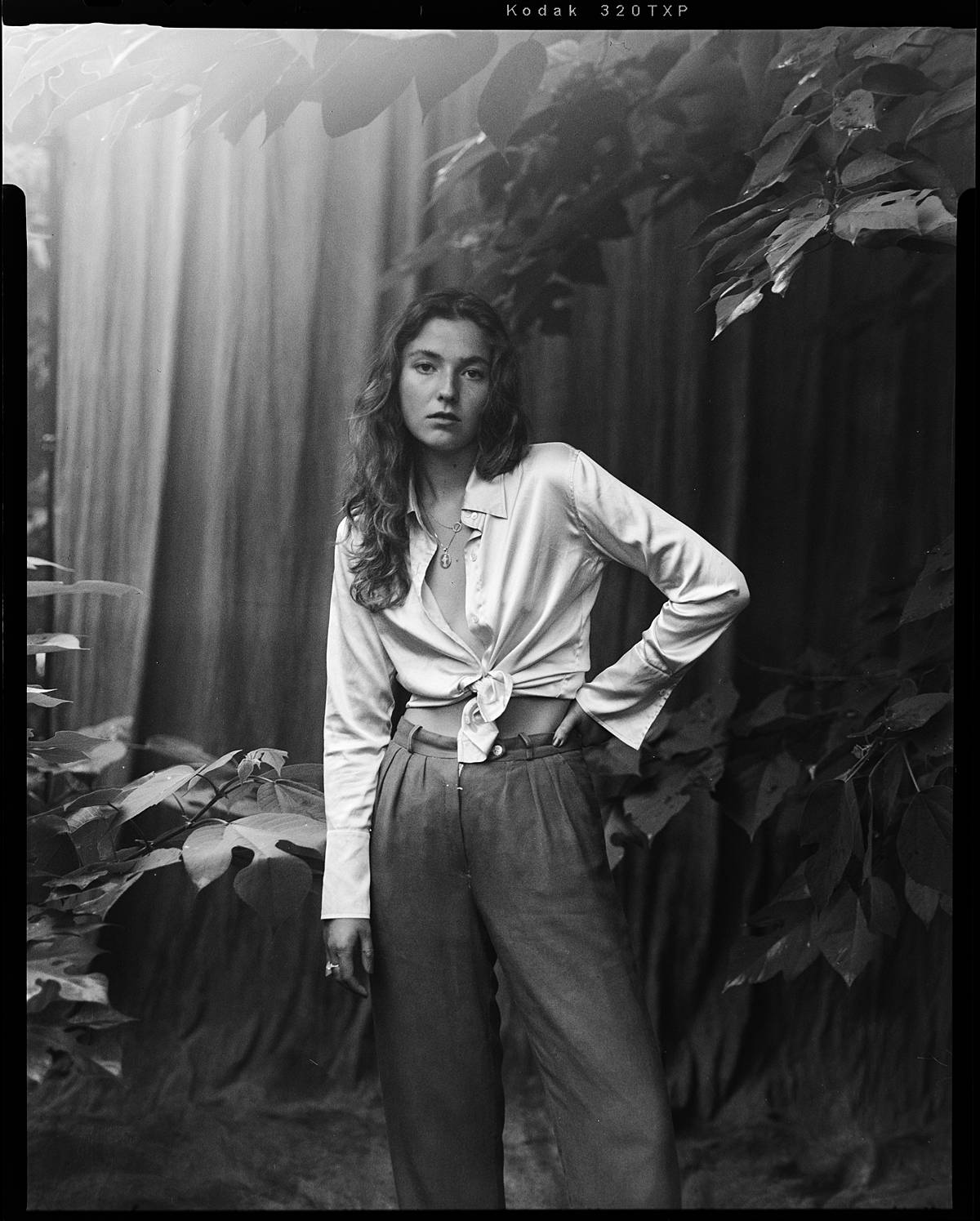 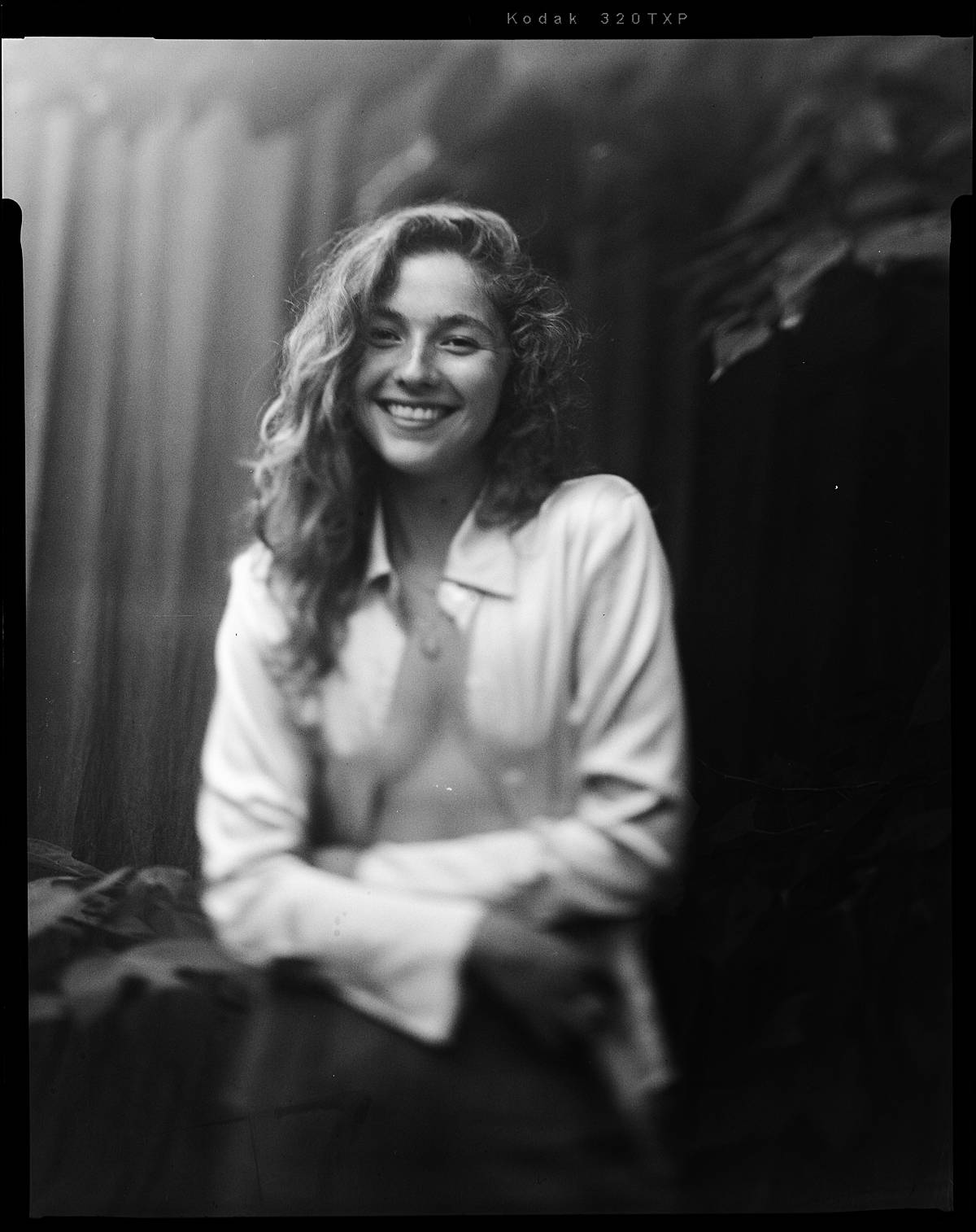 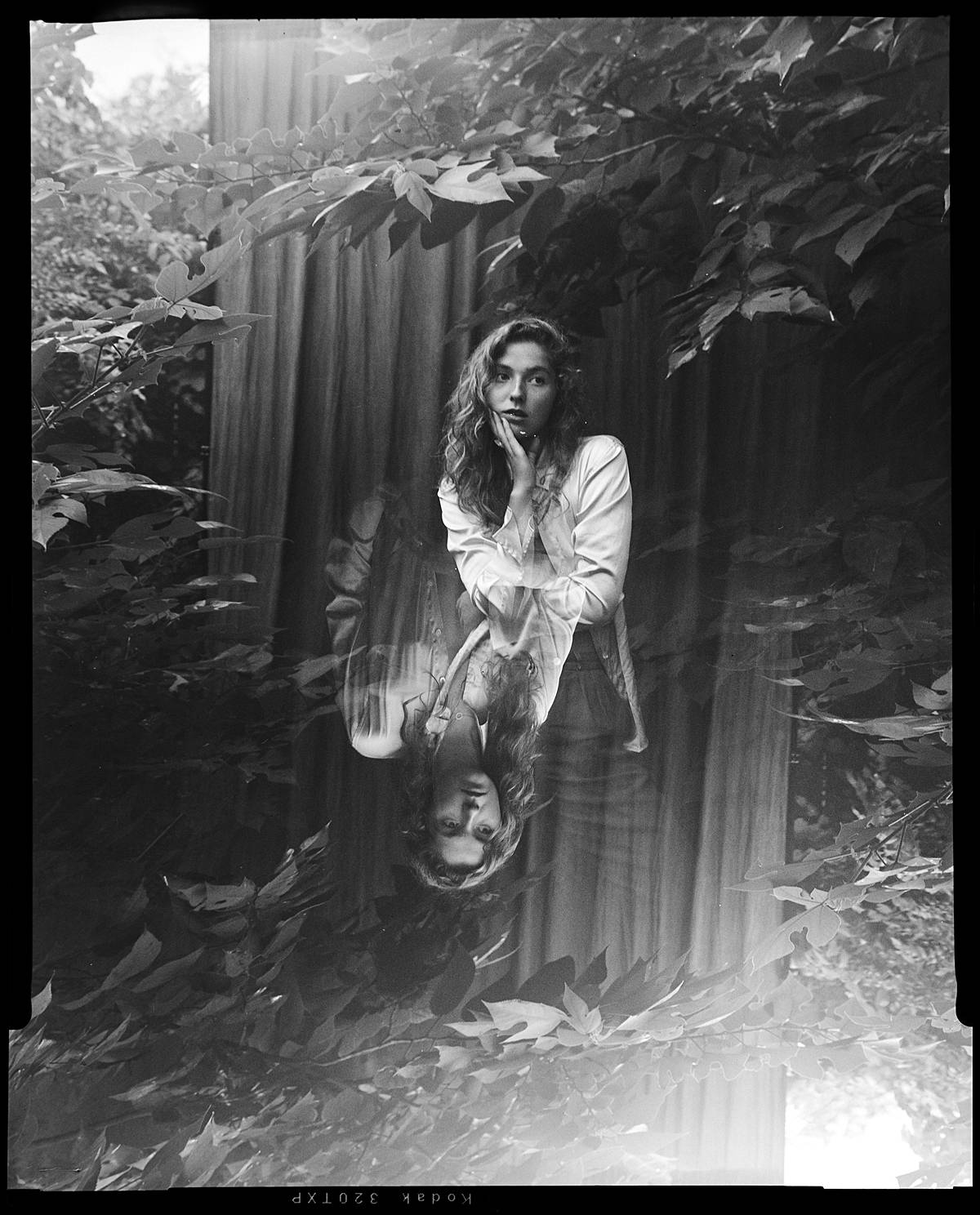 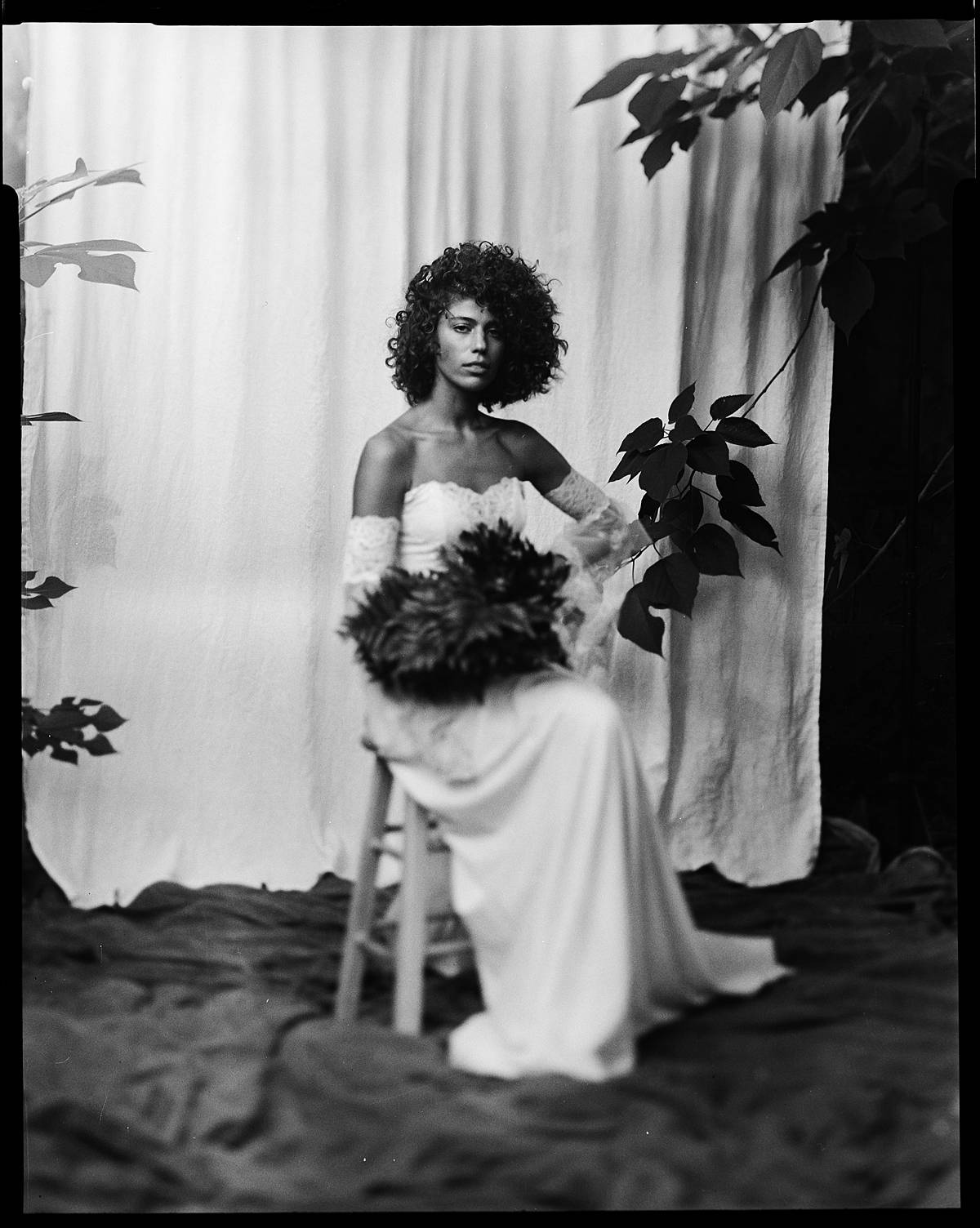 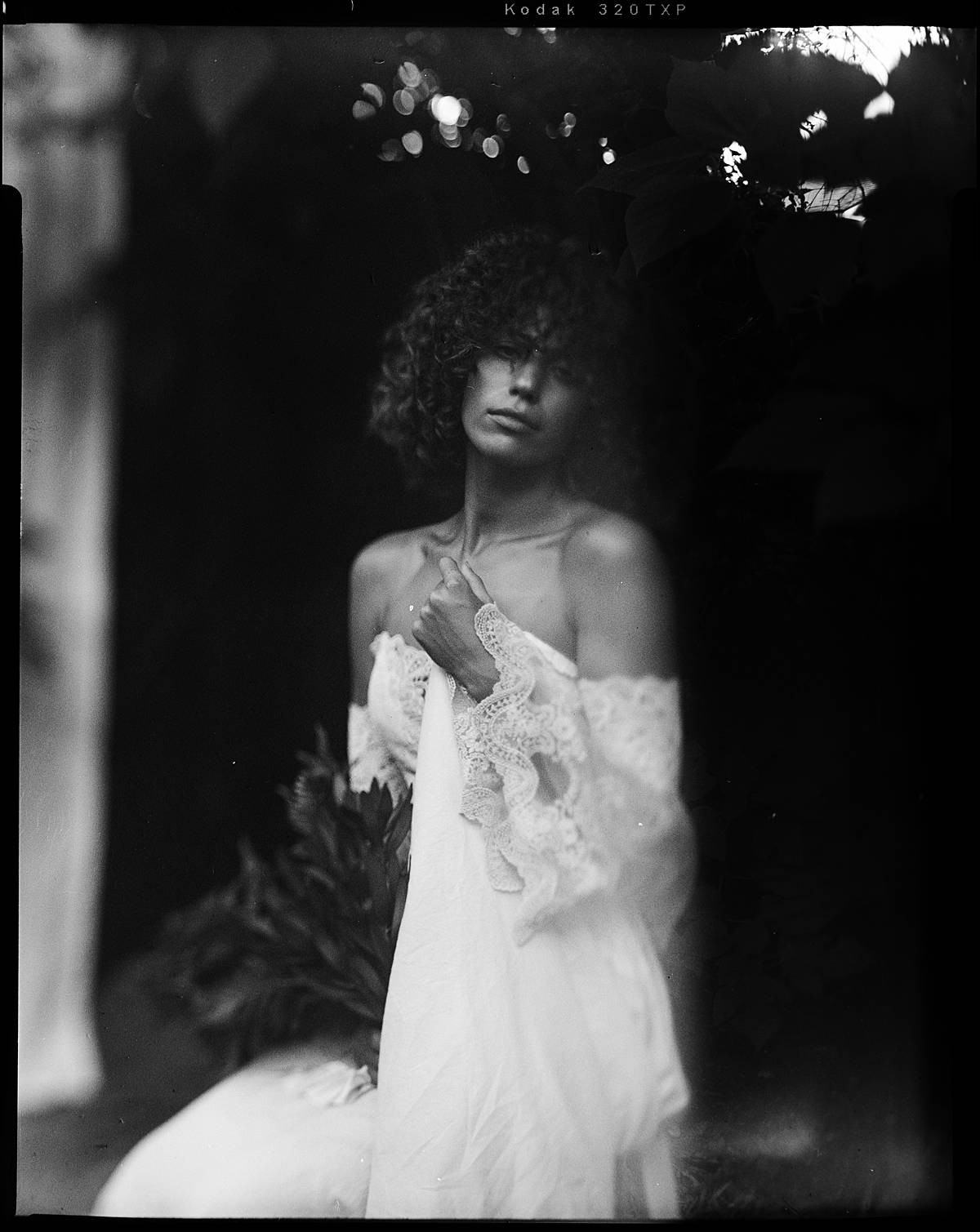 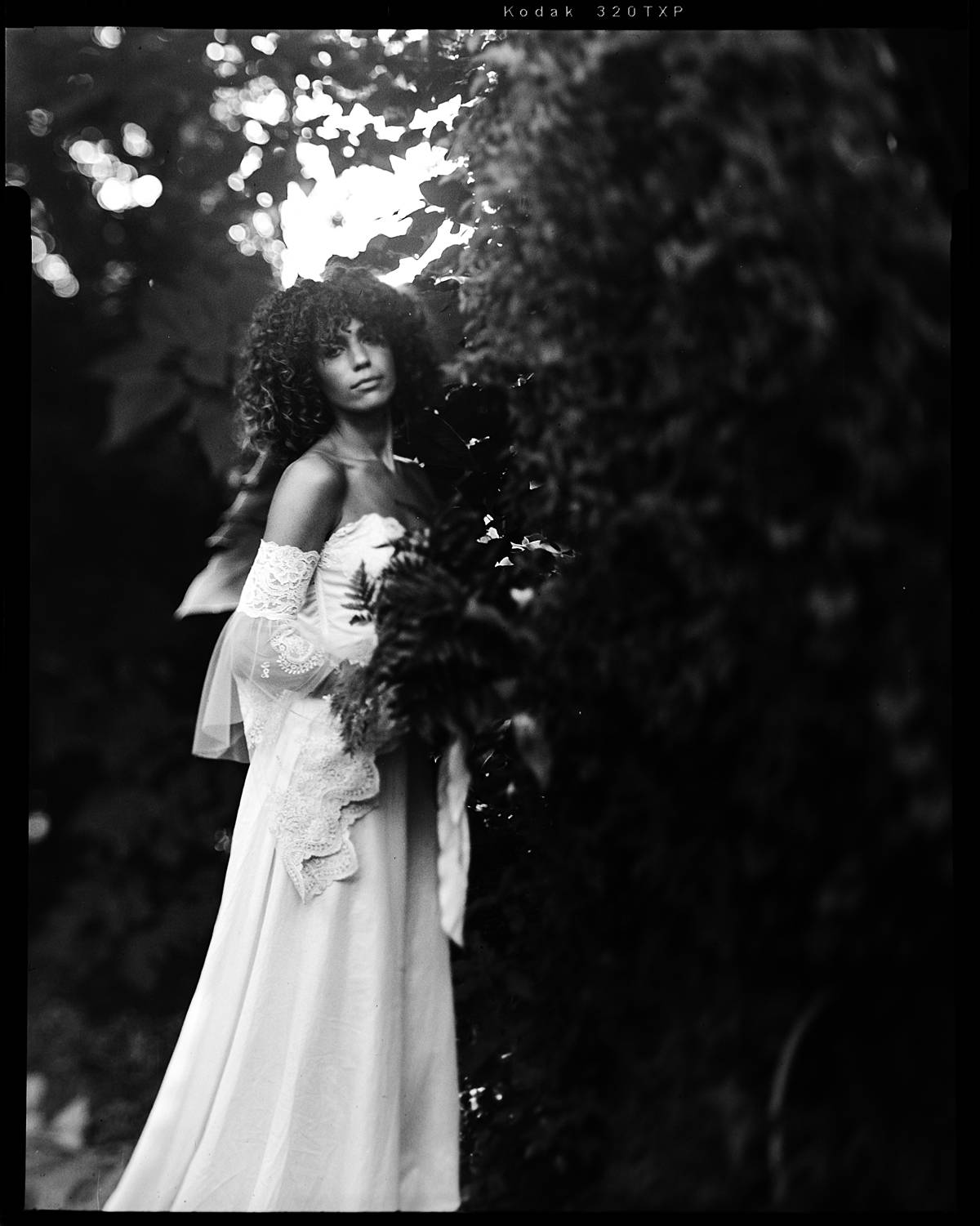 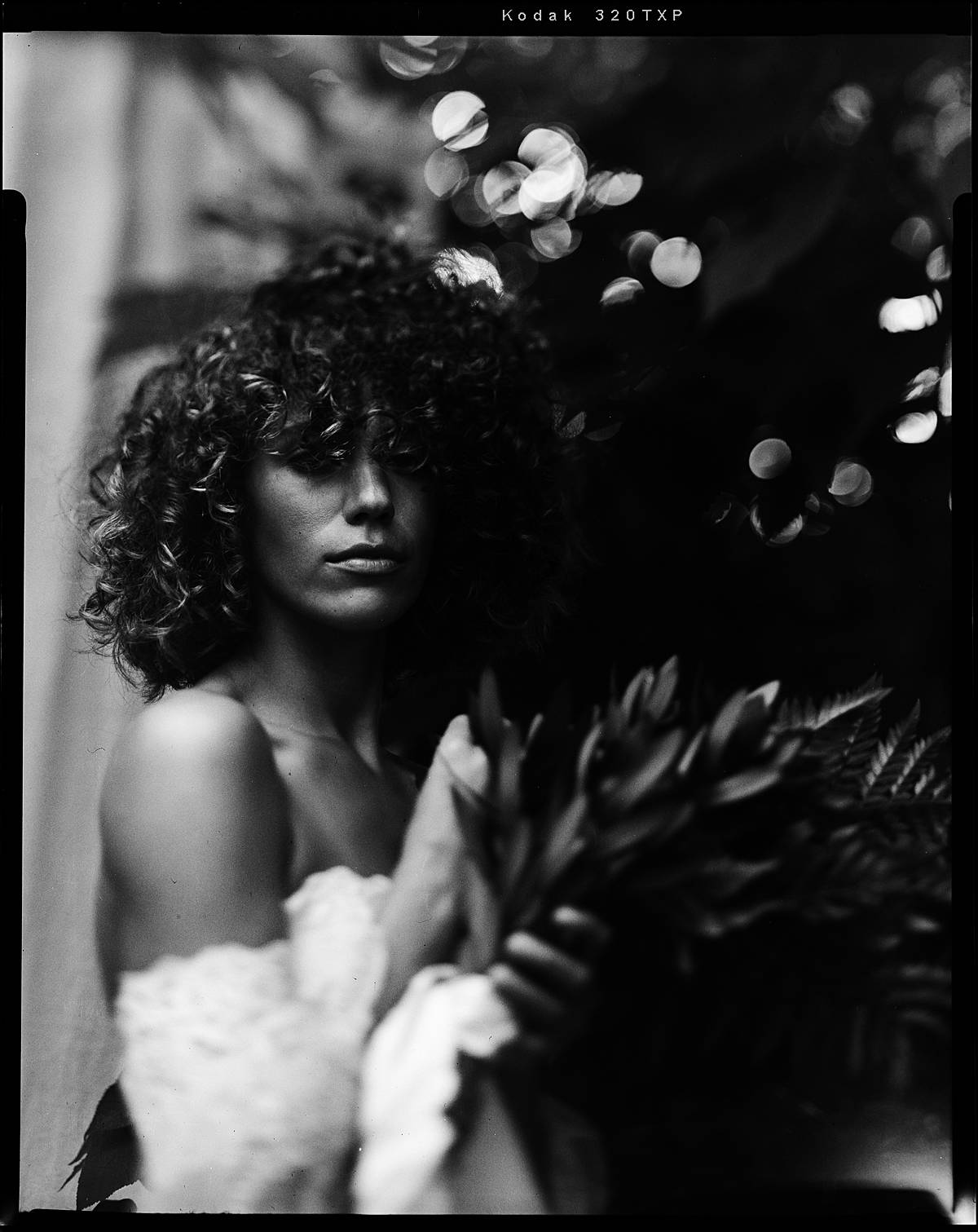 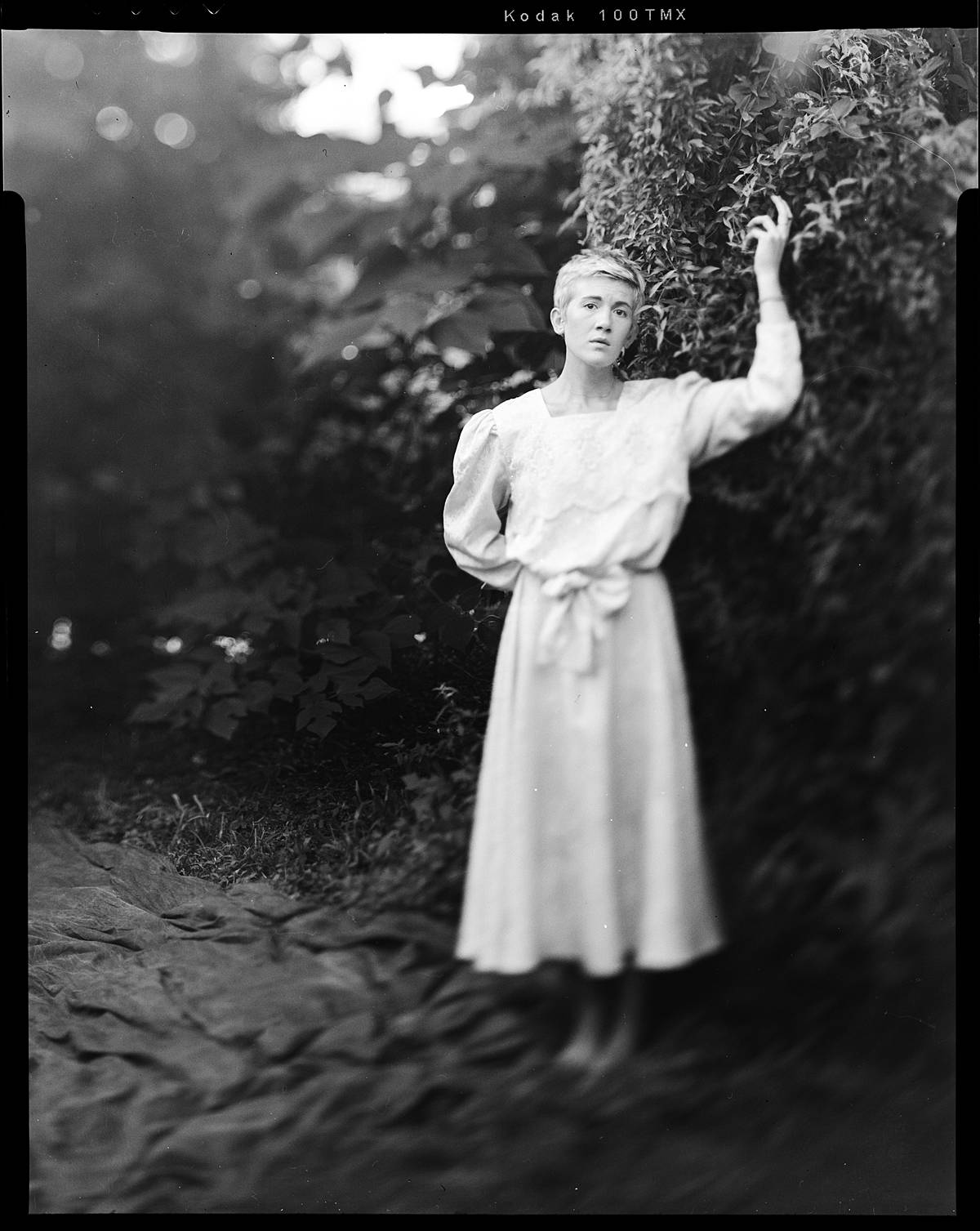 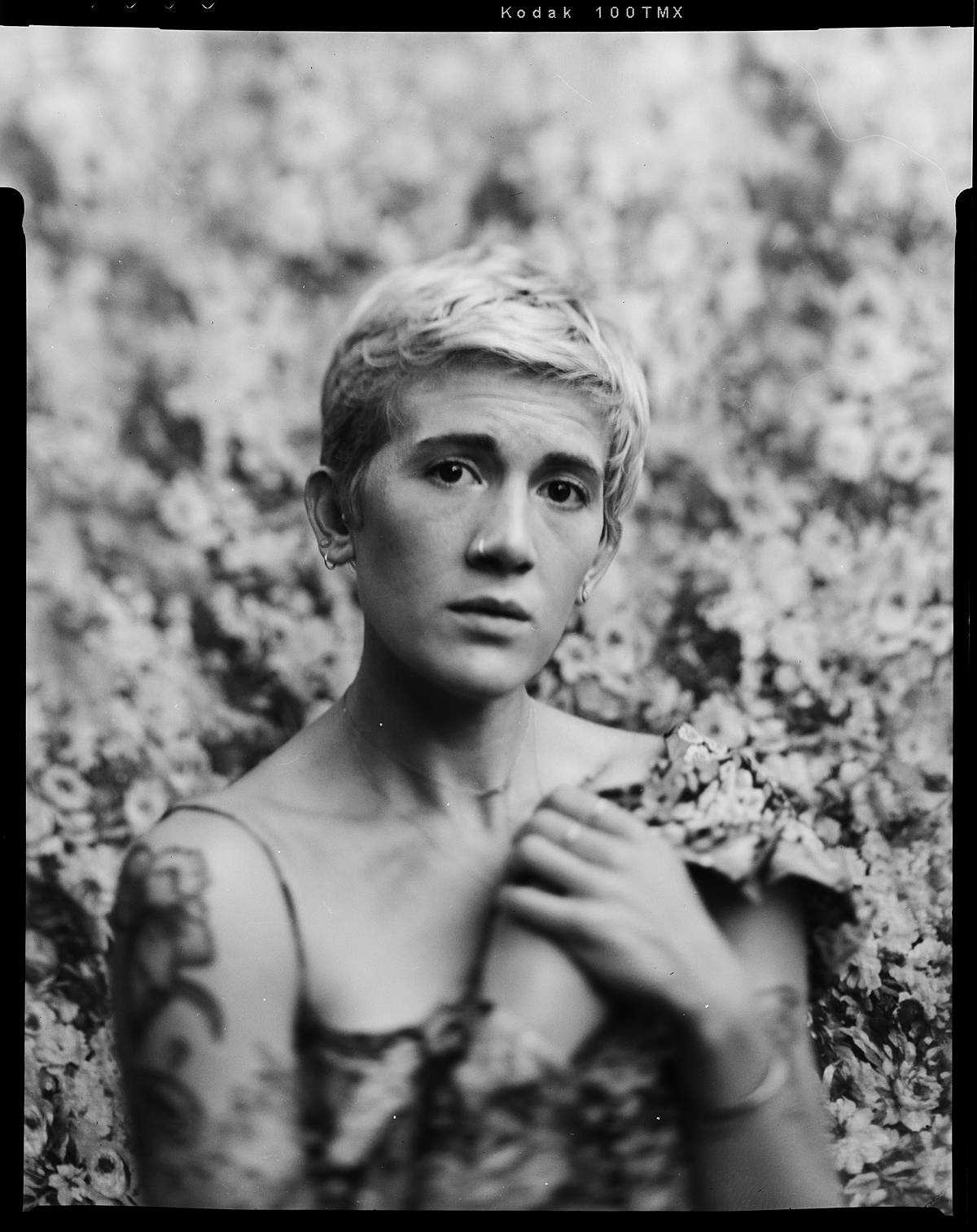 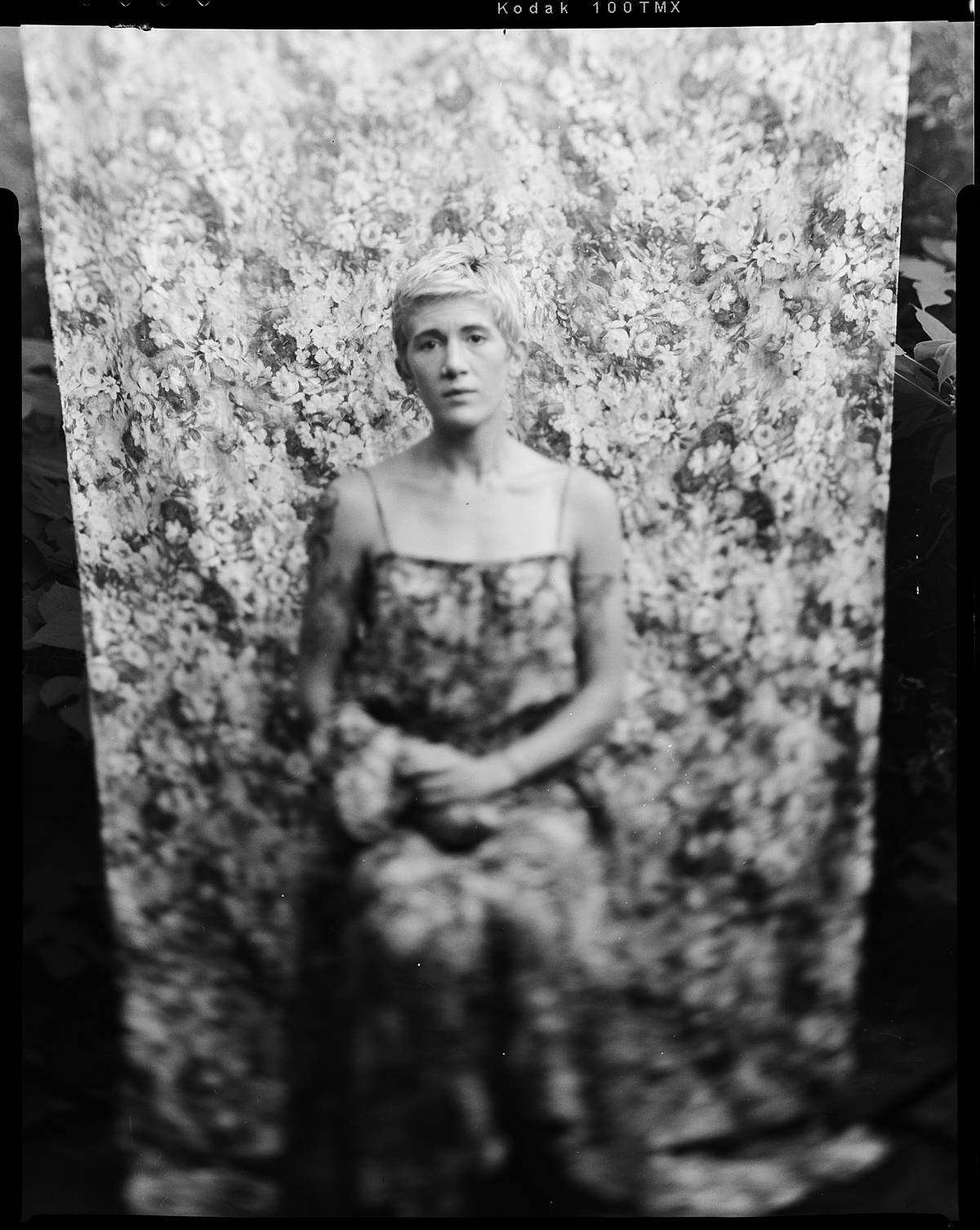 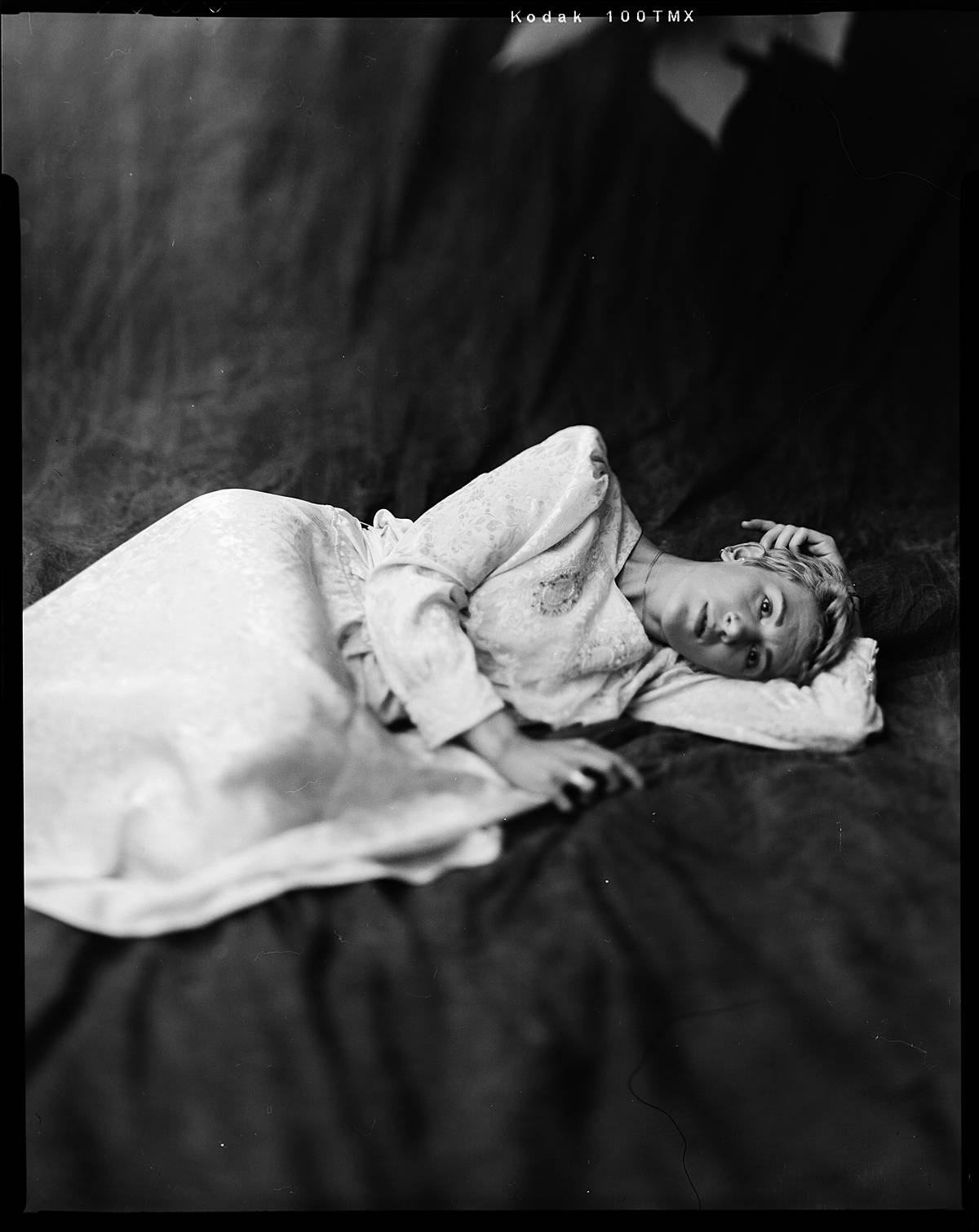